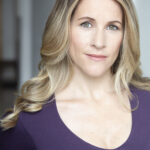 Jessie has participated in many plays and theatre festivals, been part of numerous sketch comedy shows, and had various TV/Film appearances. You may recognize her from the crazy Bridezilla Youtube Video that received 9 million hits worldwide or heard her voice in the International animation series, The99 by Endemol Productions, where recorded 26 episodes as a 10 year old boy names Alex.

She is currently writing a one woman show and her first feature film. She just finished shooting a 23 minute dark and edgy comedy pilot with Fresh Baked Entertainment and it’s currently in pre development. For more information please contact her.